Posted on July 4, 2016 by snaithmagmailcom

Readers, we don’t usually share photos with written articles, but we hope you understand why we felt it was important to share this one. 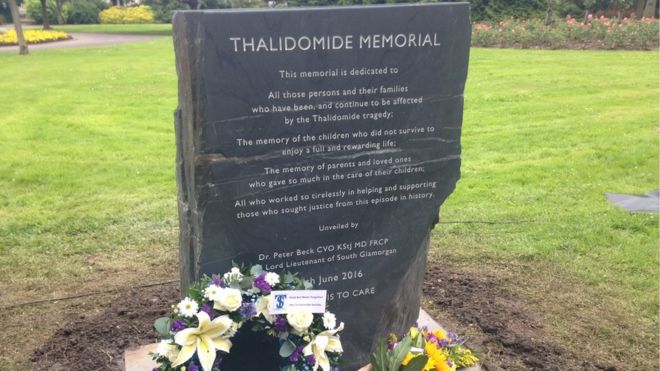 A memorial to those affected by the thalidomide drug scandal has been unveiled in Cardiff.

Thousands of babies worldwide were born with deformities in the 1960s after the drug was given to pregnant women to combat morning sickness.

Thalidomide-impaired people, their families and supporters attended the unveiling in the city’s Cathays Park.

It follows a seven-year battle by campaigners to establish a permanent memorial made of Welsh stone.

Lead campaigner Rosie Moriarty-Simmonds said: “After seven years of campaigning and persuasion, we are delighted that the memorial will be sited in the heart of Cardiff’s Civic Centre, in the shadow of the National War Memorial, the City Hall and the Welsh Office.