Posted on March 26, 2017 by snaithmagmailcom

When the SKWAWKBOX broke the news last week that Emily Thornberry is considering a challenge against Tom Watson for the Labour deputy leader position, the right-wing response was the predictable ‘fake news’ smear. 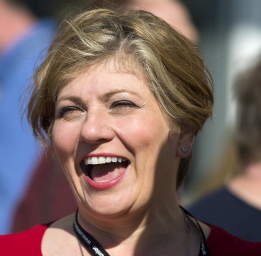 Well, the challenge has enough substance that it was referred to by the BBC’s Westminster Hour as part of its preamble to an interview with Ms Thornberry this evening, so it looks like the mainstream media playing catch-up to the SKWAWKBOX again.

And, far more importantly, that the eminently suitable Ms T is poised for a challenge as soon as the nominations – already at over 35 of the 50 required to force a contest – are lined up, just as this blog revealed.

The SKWAWKBOX is provided free of charge but depends on the generosity of its readers to be viable. If you found this information helpful and can afford to, please