This is the news every young person starting university this autumn has been hoping for. The decision ordinary people instinctively know is right.

The one Jeremy Corbyn’s supporters could feel was coming.

In news just released, Labour has announced that it will lift a £38 billiondebt burden from students’ shoulders – starting with the ending of tuition fees immediately after the election, not just in 2018/19. 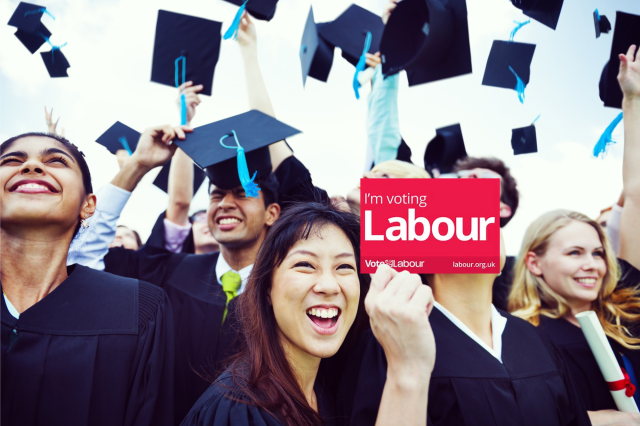 Labour leader Jeremy Corbyn and Shadow Education Secretary Angela Rayner will formally announce on Monday that 400,000 university students will be freed from an average of around £27,000 debt thisautumn if Labour is elected next month, not just from 2018.

Tuition fees will be abolished from 2018 under a Labour Government – this is the earliest that legislation could be completed and enacted. But Labour is also pledging to write off the first year of fees for students planning to start university