Facebook fined a mere £500,000 for lack of transparency and failing to protect users’ information 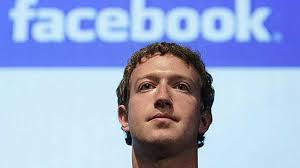 Facebook has been been fined for the massive data leak to Cambridge Analytica, which broke the law. I can almost hear the echoing laughter around Silicon Valley from my house.

The fine is for two breaches of the Data Protection Act. The Information Commissioner’s Office (ICO) concluded that Facebook failed to safeguard its users’ information and that it failed to be transparent about how that data was harvested by others. Facebook breached its own rules and failed to make sure that Cambridge Analytica had deleted the harvested personal data.

Elizabeth Denham, the information commissioner, said “Facebook has failed to provide the kind of protections they are required to under the Data Protection Act. Fines and prosecutions punish the bad actors, but my real goal is to effect change and restore trust and confidence in our democratic system.”