Posted on February 8, 2019 by snaithmagmailcom 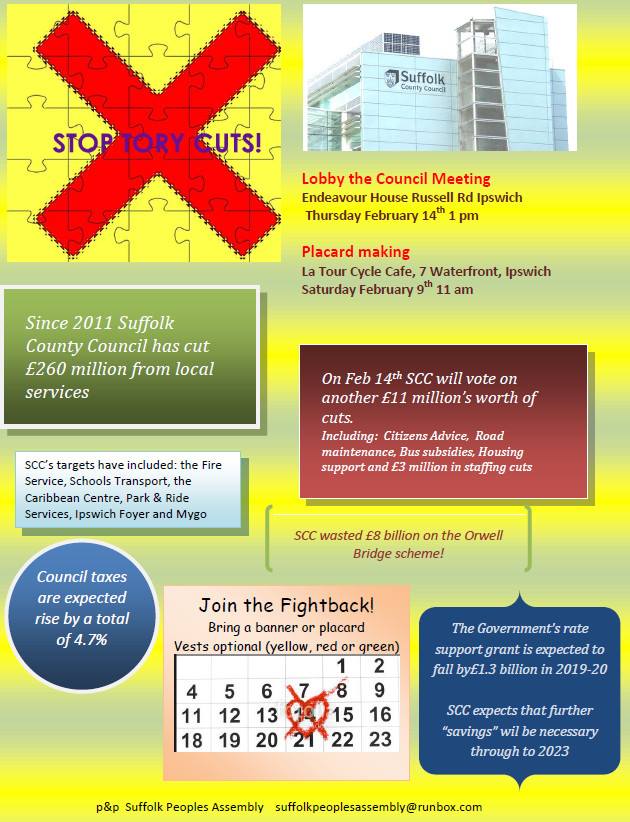 For many people Citizen’s Advice is the first port of call when they have problems with benefits, starting with Universal Credit.

Here is what’s happening with our Citizen’s Advice Service in Suffolk.

On Thursday, February 14, the final vote on 2019/20 budget proposals will take place at Suffolk County Council’s full council meeting, where divisive cuts to the £368,000 Citizens Advice grant over two years has been put forward by the Conservative administration.

But the opposition Labour group, which has already called for a reversal of the cuts, has now tabled an amendment to ringfence £2,500 from each councillor’s locality budget – an £8,000 pot each councillor has to spend on projects and improvements in their ward – for Citizens Advice.

With 75 elected councillors, the proposal would secure £187,500 for Citizens Advice’s core funding.